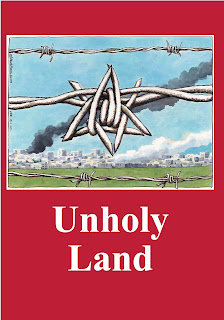 ‘The first King Herod was born in 73 BC and followed a military career, starting out as a general … his fame among present generations is attributable to the Gospel of St. Matthew, which tells us that the King sent for the wise men who famously came from the East to Jerusalem and asked them where the Christ should be born. They told him that He would arrive in Bethlehem of Judaea, whereupon Herod sent them to search diligently for the young child ‘that I may come and worship him also’. But the wise men were too wise to fall for that one, although according to Matthew they had the advantage of being ‘warned of God in a dream that they should not return to Herod’. Be that as it may, ‘they departed into their own country another way’. At this point, an angel told Joseph to take the young child and his mother ‘and flee into Egypt … for Herod will seek the young child to destroy him’.

With his victims holed up safely in Egypt, Herod ‘was exceeding wroth, and sent forth, and slew all the children that were in Bethlehem, and in all the coasts thereof, from two years old and under’. Herod’s mercenaries would have found it a painfully difficult labour to slaughter all the infants of Bethlehem and its environs. Today’s Herod has not been dependent on old-fashioned butchery with its exhausting exertions involving swords and knives, but can instead call up massive assistance, … which supplies unlimited numbers of bombs containing phosphorus and depleted uranium, and augments them with DIME munitions and F-16s.

It was with such amenities that the modern Israelis were able to massacre 1,380 people in Gaza, of whom 431 were children. We must admit that these will prove to be provisional figures, although they have been provided by the Palestinian Ministry of Health. Five thousand three hundred and eighty people were known to the Palestinian Ministry of Health … as having been injured. Eight hundred of these were women and one thousand eight hundred and seventy two were children. All this damage was inflicted during the first phase of the recent war. That future phases may well follow seems highly likely. But the world has not yet fully digested the horrors unleashed upon it in early January 2009.’
Excerpts from Ken Coates’ The Second Coming of King Herod
CONTENTS:
The Second Coming of King Herod – Ken Coates
Ref: An Official Memo – Alexis Lykiard
‘Exterminate all the Brutes’ – Noam Chomsky
Israel’s War against Hamas – Avi Shlaim
Gaza and the Law – Richard Falk
Steadfast before Goliath – Mustafa Barghouti
A letter from Hamas – Mousa Abu Marzook
‘Not simply war criminals’ – Gerald Kaufman MP
The Gulf Between Us – Trevor Griffiths
Covering up Torture – Shami Chakrabarti Geoff Hoon MP
At the Crossroads – Adrian Mitchell

Cover: With grateful acknowledgements to Steve Bell
Advertising in the London Review of Books and elsewhere.
Available to buy online and in all good bookshops
ISBN: 978 0 85124 7658 Price: £6.00