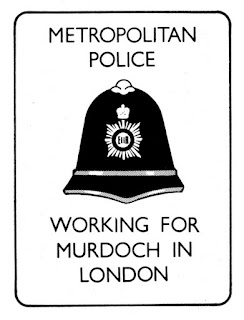 Bernard Ingham (press secretary) wrote to Mrs Thatcher, minuting the discussion at her lunch with Rupert Murdoch on 4 January 1981.


Mr Murdoch tells Mrs Thatcher of his intent to buy The Times and The Sunday Times and the difficulties that he might experience in the form of the unions. He states he is uncertain of his ability: 'to crack a particularly tough nut in the form of the chapel leadership of the clerical staff who had extracted high pay and a short working week'. The letter ends: 'The Prime Minister thanked Mr. Murdoch for keeping her posted on his operations. She did no more than wish him well in his bid, noting the need for much improved arrangements in Fleet Street affecting manning and the introduction of new technology.'


In evidence to the Leveson Inquiry on Wednesday 25 April 2012, Rupert Murdoch claimed he 'didn't have the will to crush the unions. I might have had the desire, but that took several years.' 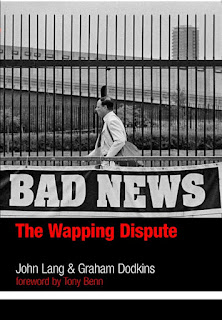 Spokesman Books publish Bad News: The Wapping Dispute by John Lang and Graham Dodkins, which details the bitter industrial dispute between Murdoch and the print workers.

"What comes out in this book is the courage and determination of those who fought for their jobs and their rights against a government that was bitterly hostile to both. This is a book that should be very widely read."  Tony Benn, Foreword