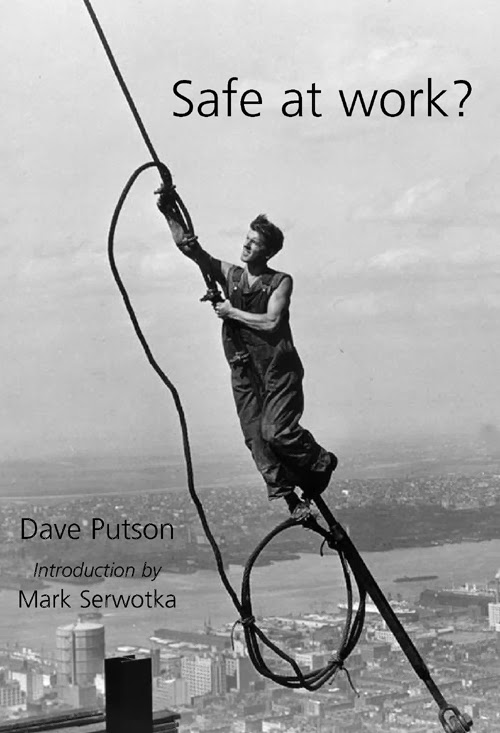 One member at the meeting described Dave as inspirational – and how right she is. Dave explained that he hadn’t thought about writing a book before – and had intended to do less trade union work. That was before his branch secretary persuaded him to become a health & safety rep in the London courts. Dave enjoyed his TUC safety training and attended all of the courses. It was only a chance remark from his tutor that it would be good if all they covered on the training was written down, that made Dave think about writing a short booklet, but soon found he had enough for a whole book and Spokesman Books came forward as the publishers.

Who was Ramazzini?
Dave explained that Ramazzini, mentioned in the title of his book, is the Italian, Bernardino Ramazzini, often described as the father of occupational medicine. In 1713 Ramazzini wrote ‘Diseases of Workers’ in which he advocated protective measure for workers and adopting factory safety and workmen’s compensation laws. He was dismissed by many of his contemporaries, as he sought the views of the workers themselves and considered visiting the workplace of paramount importance so that he could review the circumstances of the workplace and its effects on the workers so that he could then devise a practical solution – these were effectively the first safety inspections.

Timely contribution
It is timely that Dave’s book comes out at a time when the coalition Government are doing so much to undermine those parts of our safety legislation which enshrine much of that advocated by Ramazinni.
Concern at what the Government are doing was reflected in the questions and debate following Dave’s talk, as was the inclination to continue to fight for workers safety rights – despite the Governments attacks. Questions included those on subject matters such as the right to time off for training, how to become a safety rep and a query on the impact of Government cuts on the Health and Safety Executive.

Unknown said…
It is nice to know about Ramazzini. It is a nice book to get good information about health and safety. Proper information about risk assessment will be very useful in controlling any accident in work places.

Regard
UK Health and Safety Consultant.