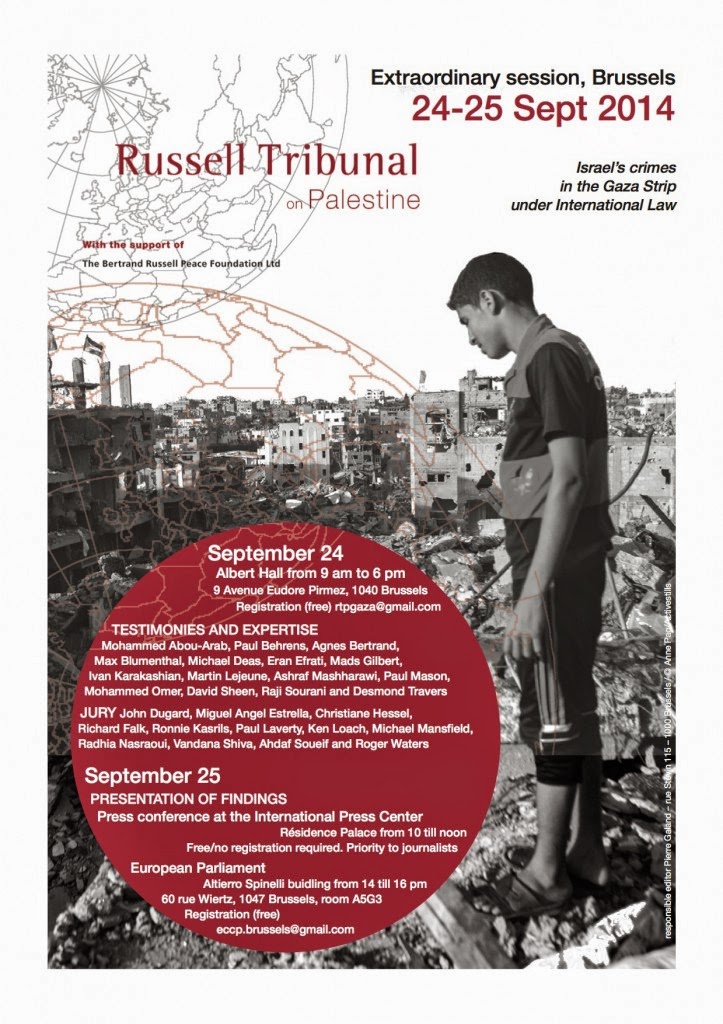 A few weeks ago, members of the Russell Tribunal on Palestine, outraged by Israel’s terrible assault on Gaza and its population, decided to start working on an extraordinary session of the Tribunal that will look into Israel’s Crimes (including War Crimes, Crimes against Humanity and the Crime of Genocide) during the still ongoing “Operation Protective Edge” as well as third States complicity.

The jury will give its findings on 25th September in the morning during an international press conference at the International Press Center (IPC, Brussels). In the afternoon, the Jury will be received at the European parliament and address a message to the UN General Assembly for its reopening.

Watch the Tribunal live at: http://livestre.am/4naSD