Sergio Duarte: International Day for the Elimination of Nuclear Weapons


Ambassador Duarte kindly sent the Russell Foundation his thoughts on a notable date. 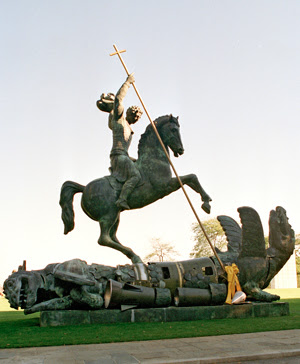 Debate on nuclear disarmament is starting again at the United Nations in New York. A number of activities marked the International Day of Peace on 21 September, and more are scheduled for the forthcoming International Day for the Elimination of Nuclear Weapons, on Monday 26 September 2015.

High-level discussions at the 2016 Session of the General Assembly will focus on the one of the most pressing global issues of our time: how to take forward multilateral nuclear disarmament negotiations. A proposal to establish an Open Ended Work Group to that effect, made in May at the 2015 Review Conference of the Treaty on the Non-proliferation of Nuclear Weapons, met with general approval. Unfortunately, the draft Final Document of the Review Conference, which endorsed it, was not adopted because of disagreement on another issue. In early October 2015, the First Committee of the General Assembly will likely take up the proposal again. The overwhelming support given at the NPT Review Conference to the “Humanitarian Pledge” by which 113 States committed to “stigmatize, prohibit and eliminate” nuclear weapons provides a suitable basis for advancing work on the multilateral front.

For twenty years substantive work at the Conference on Disarmament in Geneva has been stalemated. Non-nuclear weapon States have consistently argued for the start of negotiations on concrete measures of nuclear disarmament but meet stubborn opposition from the possessors of atomic weapons and some of their allies. They consider nuclear disarmament “premature” and advocate a so-called “step by step” approach. However, for the past seventy years that approach has been successful only in promoting measures to contain proliferation; no nuclear weapon has ever been dismantled as a result of a multilateral agreement. Despite bilateral agreements and unilateral decisions on reductions and caps in arsenals, those States seem intent on retaining their nuclear arsenals indefinitely and on keeping open for as long as possible the option of utilizing them as they see fit.

The international community has long agreed that non-proliferation and disarmament should proceed in parallel. The considerable progress already achieved on the former issue must be met by similar progress on the latter. It is high time that the international community as a whole engaged in serious work to take forward nuclear disarmament negotiations. Several civil society groups are actively promoting a ban on the use of nuclear weapons, which is seen as a catalyst to effective measures of nuclear disarmament. Among other constructive suggestions, a Convention on such a ban would be a matter for the discussions at the Open Ended Working Group. The participation of nuclear weapon States is essential. They should take this opportunity to show that they are seriously engaged in finding meaningful progress in averting the catastrophic consequences of any use of nuclear weapons, either by accident or design.