Inside the Left by Fenner Brockway 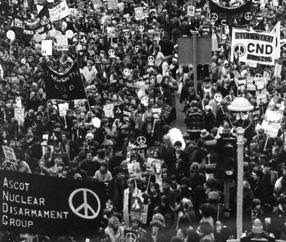 
Many today will not remember the legendary Labour MP Fenner Brockway, who died in 1988.

Hopefully, this reissue of the first volume of his autobiography by Spokesman Books will make him better known to a new generation.

Like Tony Benn, Brockway was one of those rare figures who started early on as a principled socialist and remained so to the end of his life.

His political career spanned the bulk of the 20th century and for most of that time he was at the centre of progressive politics nationally and internationally.

He was a founder member, among other organisations, of the Independent Labour Party (ILP), the Movement for Colonial Freedom - now Liberation - War on Want and CND.

He became an MP for the ILP at a very young age and, after its demise, for the Labour Party. Vehemently anti-war, he spent several years in various prisons as a conscientious objector during the first world war.

His description of the treatment he and other "conshies" endured makes gruesome reading.

They were subjected to draconian and petty rules, bread and water punishments for the slightest infringement and were so brutalised a number of them didn't survive.

His reporting of the General Strike is a masterpiece of historical documentation.

Brockway writes with eloquence and commitment. This is history seen through the eyes of a courageous, deeply humanitarian, perceptive and intelligent man who fought all his life on behalf of working people and for peace and justice.

But Brockway was not just a journalist. He took an active part in organising and supporting the strikers.

He campaigned lifelong for unity of the left and was never blindly loyal to his party. The people he met and knew intimately reads like a political Who's Who of the great, the good - and not so good.

But with an election looming, this book should be made compulsory reading for all prospective Labour MPs because Brockway's detailed portrayal of the political process, parliamentary manoeuvring and international shenanigans is still as insightful as ever.

His chapter on the role of Parliament is a masterpiece of political writing.

He reports how most elected Labour MPs soon succumbed to the seductive luxury of parliamentary life and signed up all too readily to the comfortable club that Parliament was - and still is - with its all-night bars, cheap food and expenses culture.

It took a person with strong discipline and clear principle to resist the allure of an easy life and very few managed to do so.

Brockway excoriates the numerous vain, power-hungry opportunists who have always bedevilled the movement by selling out when crunch time came.

He himself refused dinner invitations from the Establishment, not out of vindictiveness or inverted snobbery but "due to a realisation of the way in which social life associated with Parliament blunts the sense of identity with the working class in their struggle," as he so succinctly put it.

His description of the second Labour government in 1929 as "being afraid to offer a real socialist programme and kow-towing to the bankers" and "preferring to manage capitalism instead of financing popular social legislation" sounds all too familiar.

Could we see history repeating itself in a few weeks time?

So despite being a history of the 20th century, Brockway's work has such a timeless feel to it that his views and outlook are as relevant today as they were then.

He would have liked to see communists and other socialists working together rather than scrapping with each other and he highlights many of the weaknesses and how they came about.

The most tragic result of such divisions was seen in Germany, where Hitler was able to gain power while socialists and communists fought each other on the streets.

If you want to experience a vivid journey through recent history and learn from it, this is the book to read.
Inside the Left: Thirty years of platform, press, prison and parliament
is available to BUY NOW from Spokesman Books.